Many of the courses at Tanz Bozen will have live accompaniment. Teachers and participants alike appreciate the sensitivity and professionalism of the excellent musicians, who sprinkle magic into the lessons with their music. Sound and movement unite, with the resulting energy clearly engaging and inspiring all.

Please find here the musicians, who will be joining us for this year's edition of the workshop program:

Luis M. Carmona Barrio was born in San Sebastián, where he studied piano and composition. He worked as dance accompanist and composer in many parts of Europe, in the USA and Japan with artists such as María de Ávila, Lola de Ávila, Carmen Roche, Victor Ullate, Carmina, Ida Vasilieva,  Azari Plizetski, Jean Claude Gallotta, Anne Teresa de Keersmaker, David Zambrano, Susanne Linke, Milton Myers, Wim Vandekeybus, with the José Limón Dance Company and the Jennifer Muller Company, the Institut del Teatre, Barcelona, and Internationale Tanzwochen Wien.
He has composed music for films, dance and theatrical performances and has taken part in most of the major music festivals as a pianist. Carmona Barrio has also recorded a number of CDs and is currently recording his own piano compositions. 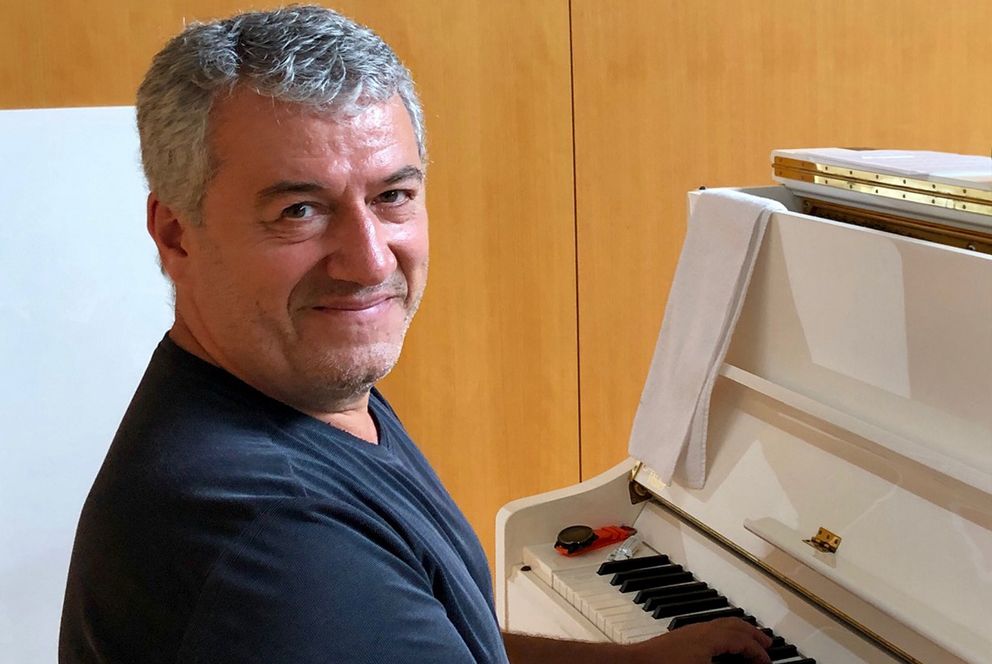 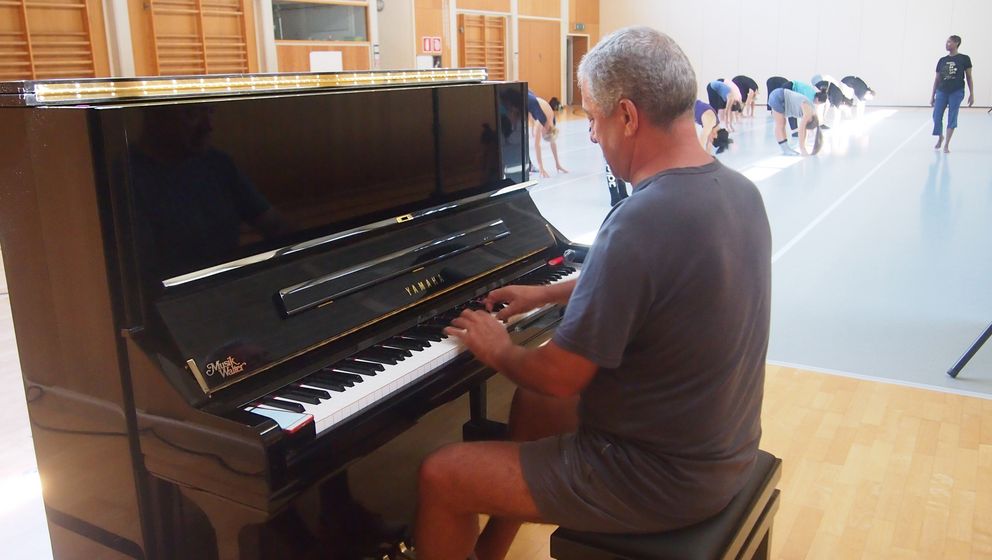 François Ceccaldi has been engaged with dance as a musician for the past 15 years. He has composed for various ensembles (Cie de la Mentira, Voie E) and accompanies dance lessons at the Conservatoire de Montpellier, Epse Danse and at various international festivals. He has worked with artists such as  Anne Marie Porras, Rita Quaglia, Michèle Rust, Eve Jouret, Yann Lheureux, Jean-Pierre Alvarez and Leonardo Montecchia.
His basic instruments are the traditional percussion instruments (Zarb, Darbuka, Tablas, Jenbé Toms). By combining them with the latest technology Francois has opened a broad new field of sound. . 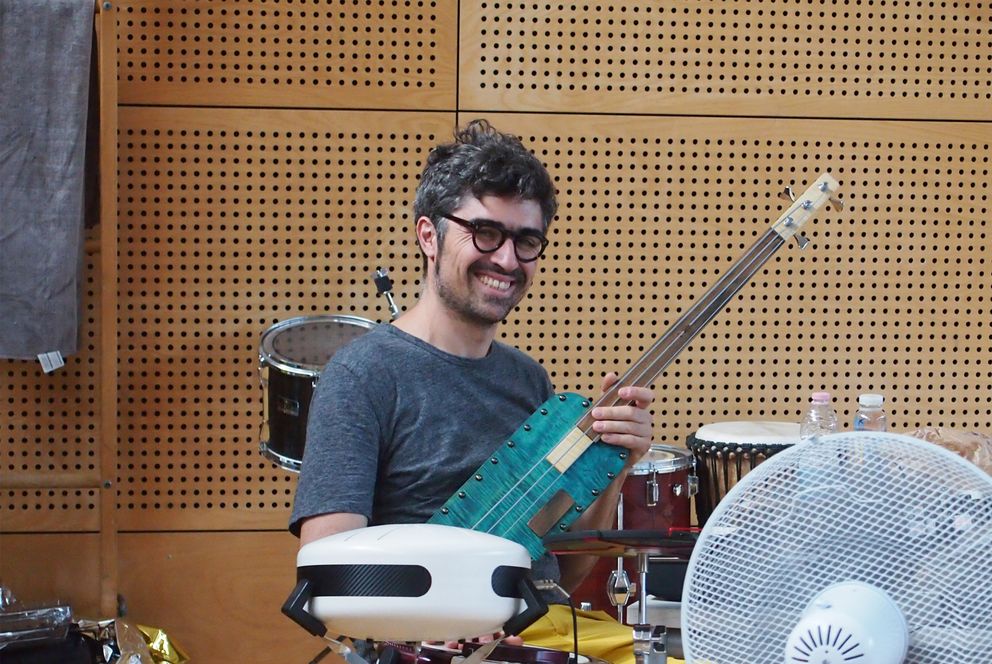 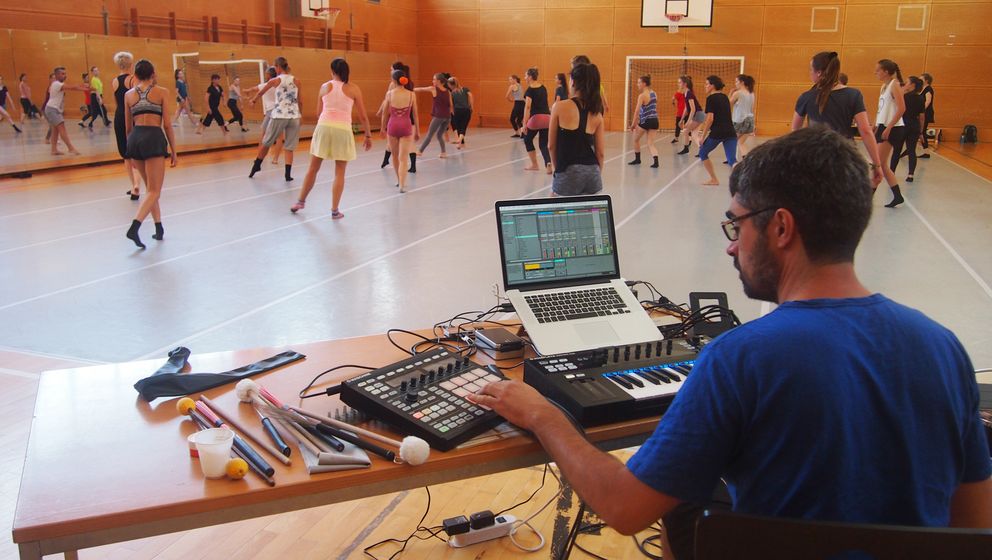 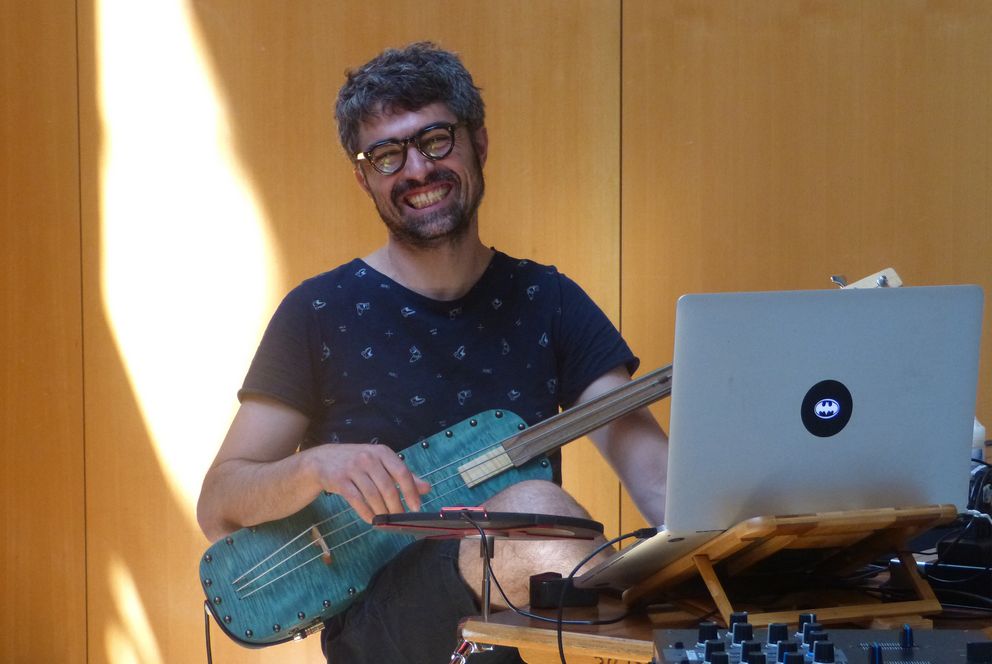 Sandro Cuccuini, graduated as a pianist in 1988 from "Conservatorio G. Verdi", Turin.
BALLET: The highlights of Sandro Cuccuini's creative career include collaborations, occasional or continuing, with important Schools of Dance, Festivals and Institutions such as: “Staatsballet Berlin”, “Alvin Ailey” (New York), “Metropolitan Fine Arts Center” (Washington), “Royal Conservatoire of Scotland” (Glasgow), “The Wells Ballet Courses” with "Royal Ballet" Dancers (London), “London Contemporary” (London), and many many others. In 2018 he was nominated Member of the International Dance Council – CID. Since 2015 he has been Tutor and Head of Music Department for ACSI D.E.E. Since 2003 he has been trainer in musicality fields for international institutions. In 2018 he created a training programme for students and ballet teachers named “TBM PROJECT_Teaching Ballet through Music”. He composed and recorded three Cd's: "Music for Ballet” vol. 1, 2, 3. He composed nine Cd's for the modern methodology: “MDA”.
THEATRE: Since 1982 he is Musician and Conductor for Operetta Companies, Opera Singers and Actors. He has hundreds of performances in Italy, Europe and Japan under his belt. Between 2000 and 2006 he was Artistic Director of the “Torino Teatro Operetta“. During the 2016/17 theater season, he was conductor in the "Compagnia Grandi Spettacoli", Milano. He is also Composer and Arranger of the Musical “Valjean”, that in 2013 received a nomination at the "Italian Musical Awards" in the "Best Musical off" section. 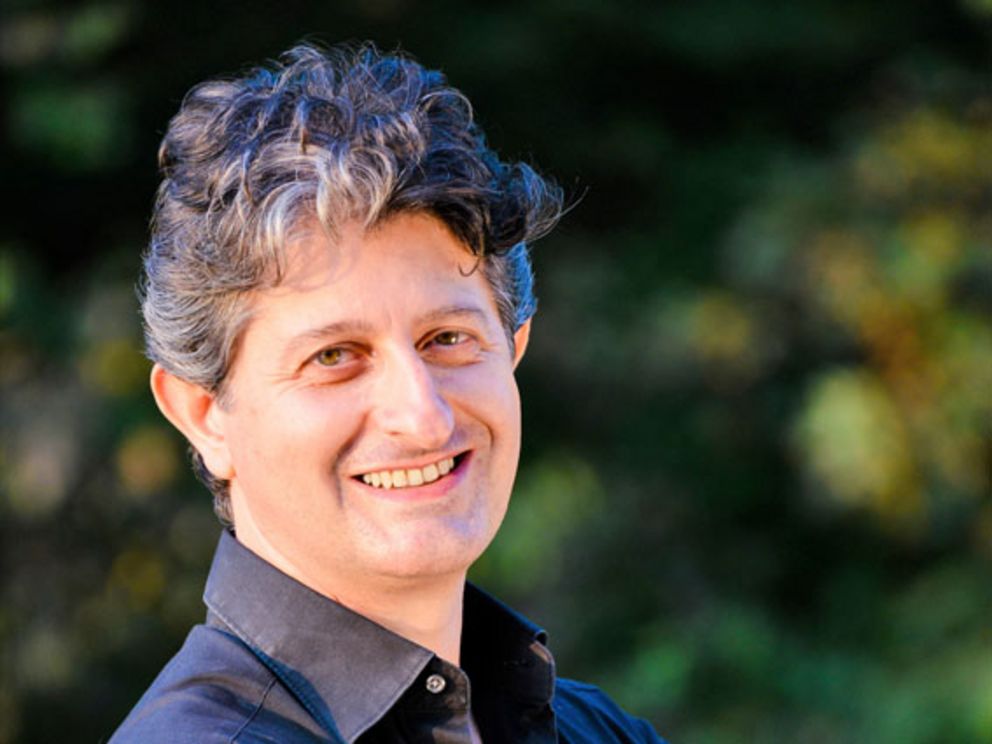 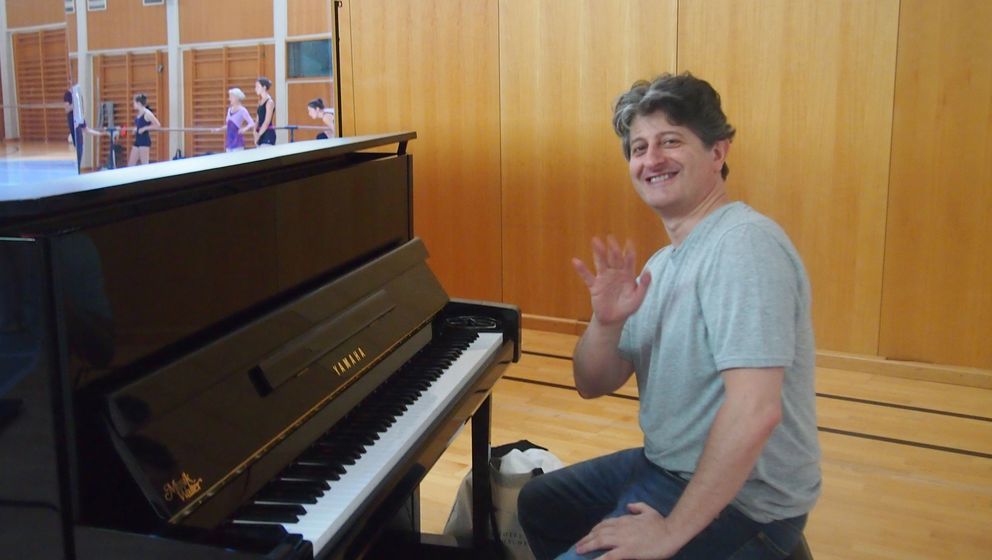 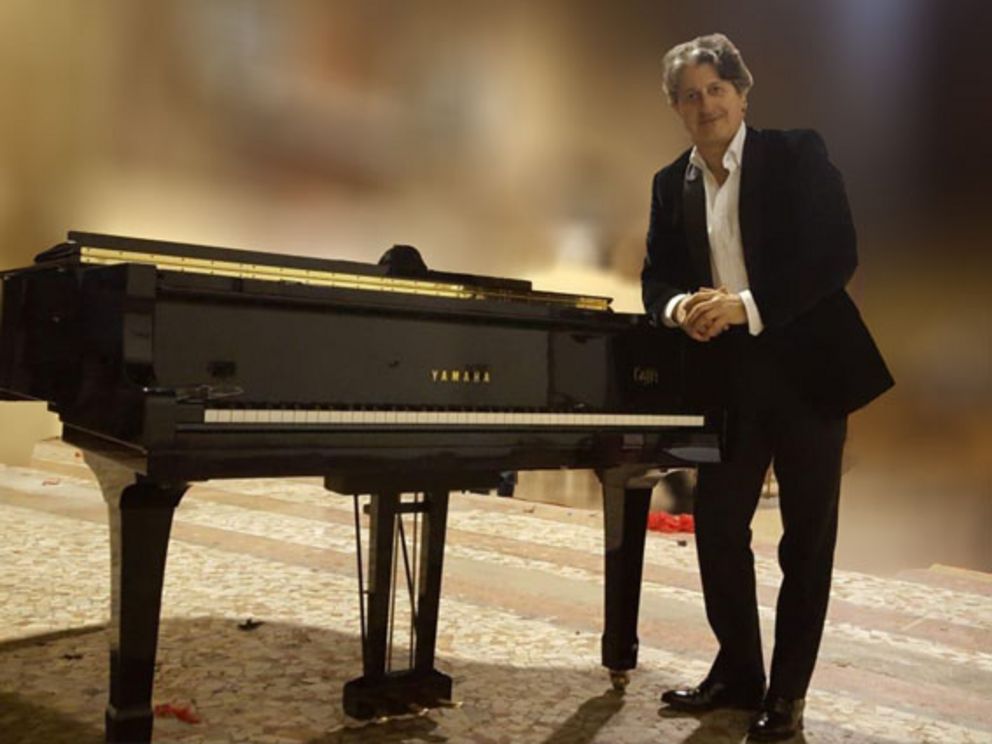 Carlos Cuenca will accompany the lessons of:
Juan Carlos Lèrida

Carlos Cuenca is an artist and music producer. He trained at the Taller de Musics (Barcelona) and graduated from the Escuela Superior de Música de Catalunya in modern percussion. After his higher education, he obtained a postgraduate diploma at the Instituto Superior de Arte de La Habana (Cuba), specializing in folkloric percussion, and on his return to Spain he studied for a Master's degree in Flamenco performance, this time in his second instrument, the piano.

He combines his music production work in the studio with live performances. Nominated for the MAX 2022 awards for his musical production in the play Entre Hilos y Huesos, by choreographer Daniel Doña. He currently collaborates with artists such as Juan Carlos Lérida, Jose Manuel Álvarez or José Maldonado. 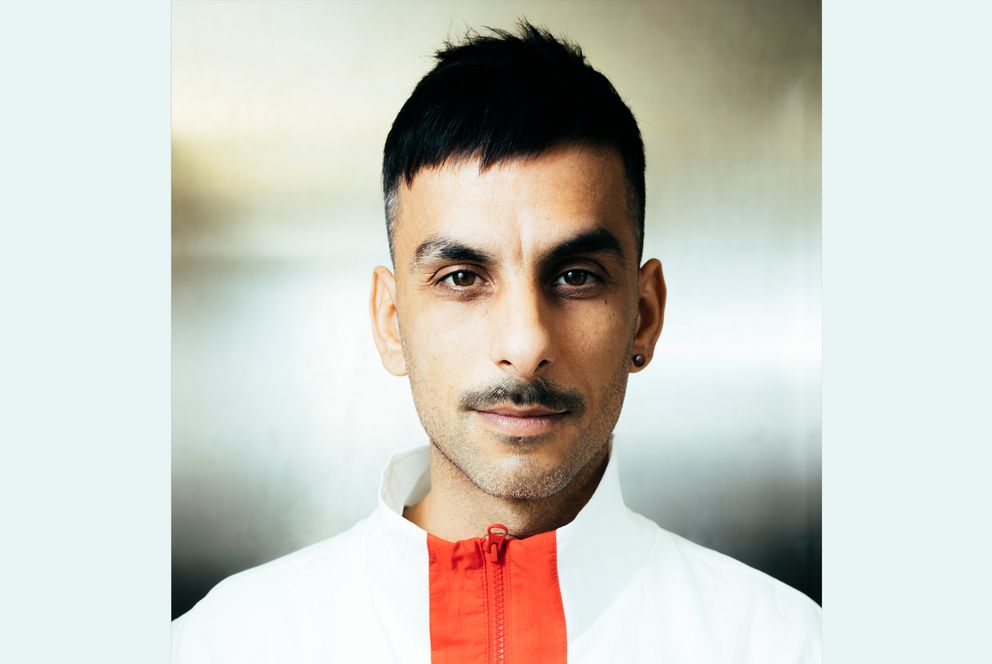 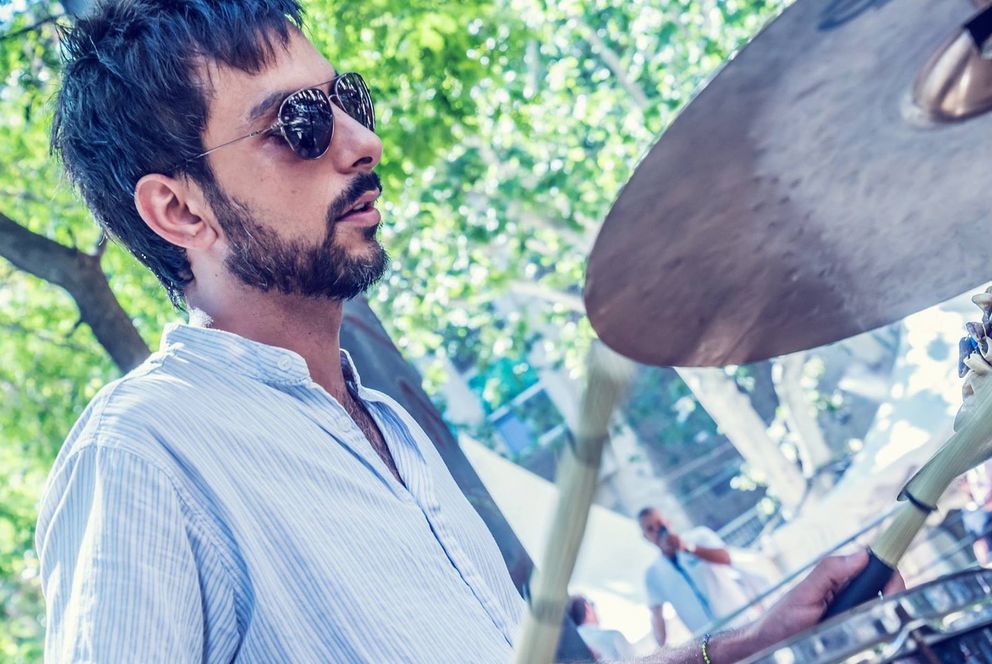 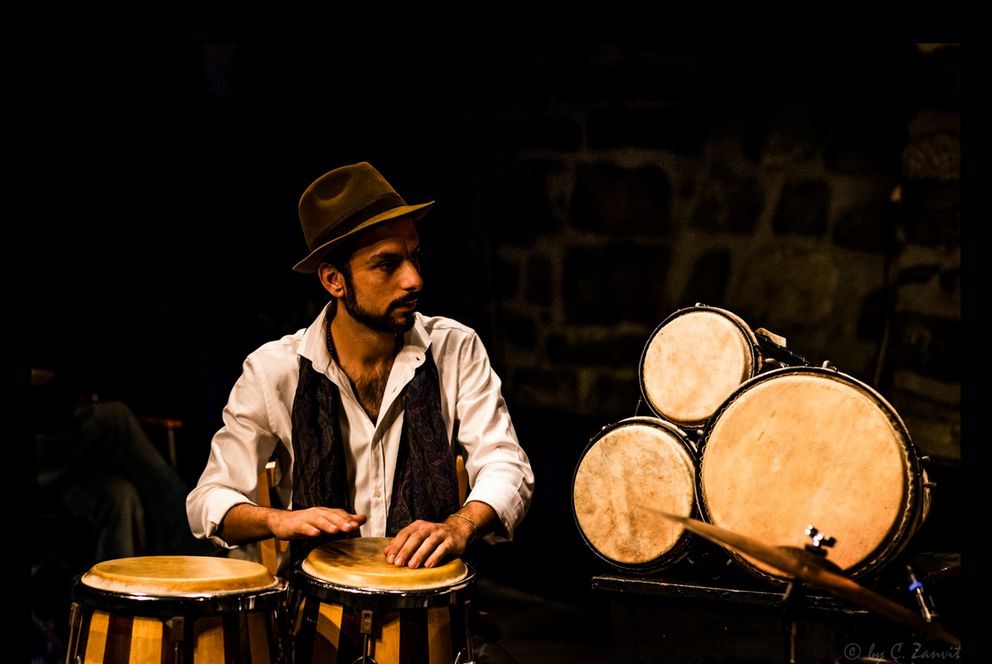 Thierry Galand will accompany the lessons of:
Chantal Loial

Trained in Afro-Cuban, Caribbean and Guinean drumming since the 90s, Thierry Galand continues to transmit his art through percussion classes and workshops to various audiences. Specialized in Gwoka Guadeloupe, he participated in many evenings Lewoz in Paris and Guadeloupe. He regularly accompanies dance classes and workshops and plays in many carnival parades. He regularly accompanies the Martinican storyteller Igo Drané in his shows. 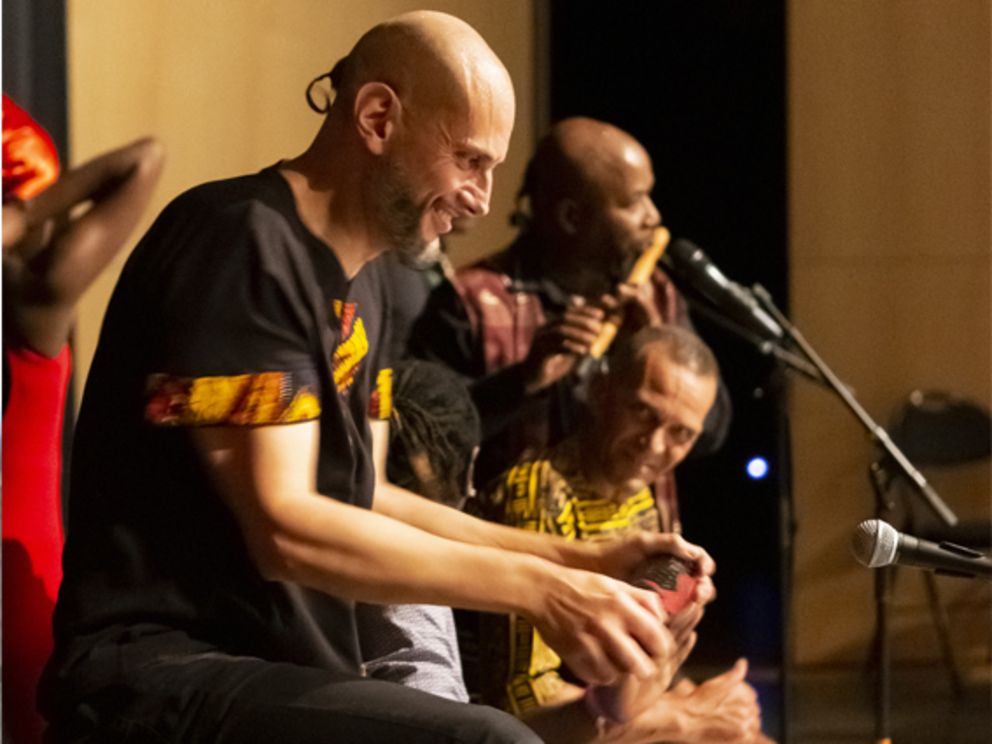 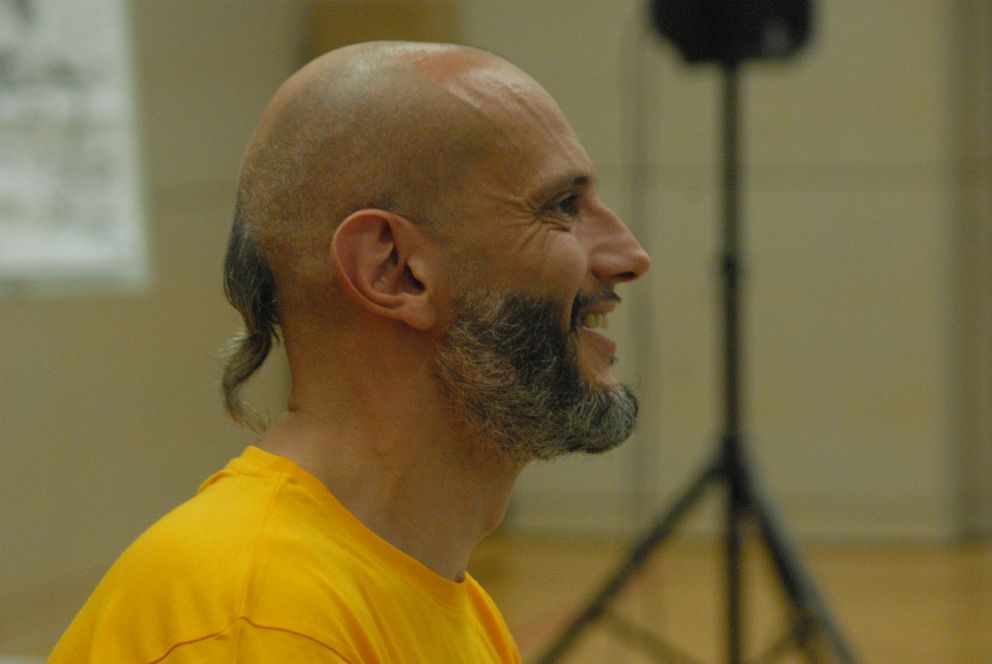